How to Reduce Anxiety by Thinking About Donald Trump

Anxiety is the most common psychiatric condition in the United States.

The most common type of anxiety is called social anxiety, which means that a person worries too much about others viewing him or her negatively. Other common anxiety disorders in the U.S. include generalized anxiety (if you win the lottery while on vacation in Hawaii you can still find something to worry about) and panic disorder (you feel extreme "fear" in your body, like you're about to step on a rattlesnake, when shopping in crowded supermarkets; therefore, you avoid all supermarkets and become emaciated). 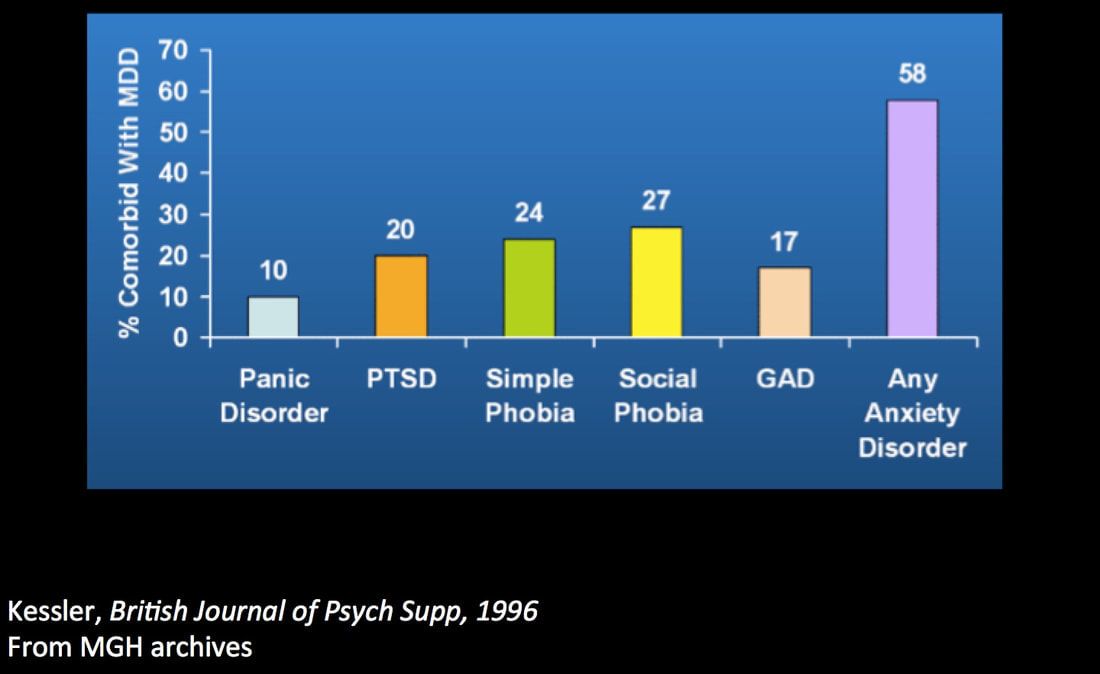 The only good thing about the high prevalence of anxiety in the United States is that it can be treated with a type of therapy called Cognitive Behavioral Therapy (CBT). CBT is like powerlifting for your brain. For example, a therapist trained in CBT might tell you to devote 15 minutes of your day to worrying. During this 15 minute block, you can contemplate and consummate all your worries. During the rest of the day, you can write down all your worries,  but you can't worry about the worries until the circumscribed 15 minute block.

Another CBT strategy for a Democrat or for a Trump-averse Republican would be to require yourself to worry about the statistically significant risk that Donald Trump will destroy the world. This strategy is called negative reinforcement. I would recommend that you carry a specific number with you at all times. The number can be written on paper or stored digitally. The number represents your estimate that Trump's presidency will result in the irreversible destruction of the environment or a nuclear war. My specific number is 0.1%, which has increased by a factor of 10 (from 0.01%) since Trump took office. To decrease your anxiety, I recommend that you contemplate the existential meaning of your number every time you find yourself over-worrying. This CBT strategy might have the following therapeutic effects:

1) It might contextualize your worry: does being 5 minutes late matter if later that day Trump destroys the world?

2) It might create internal resistance to worrying: your brain may worry less because you are creating emotional and cognitive dissonance every time you over-worry. This is also a negative reinforcement effect.

The slide below compares CBT to Selective Serotonin Reuptake Inhibitors (SSRIs, such as Prozac) for treating different anxiety disorders. It shows that CBT is as good or better than psychiatric medications: 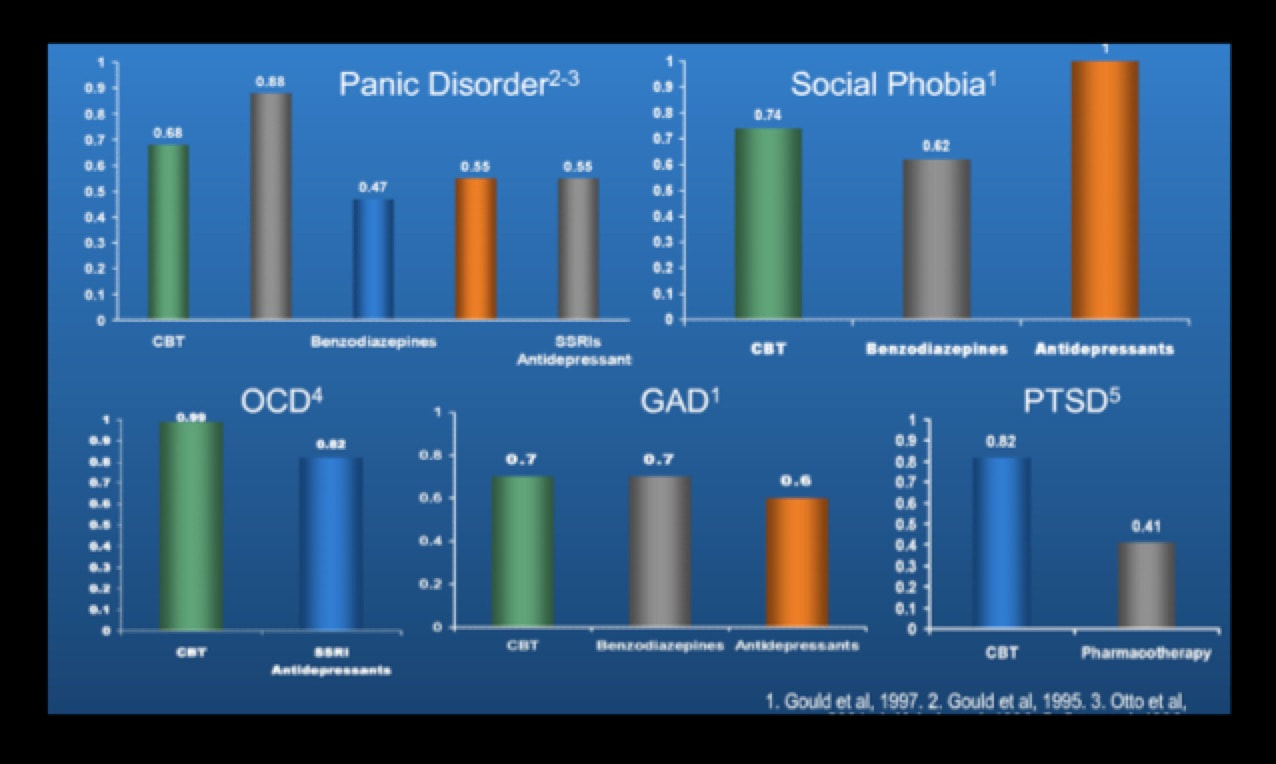 The next question might be: "If CBT is so good, why are so many people so anxious?”

The answer, unfortunately, is that we don't have enough well-trained CBT therapists. However, this is changing rapidly because of two paradigm shifts in medicine:

2. Internet technology is providing us with apps that you can use on your phone or tablet and that function as free or cost-effective virtual CBT coaches. To learn more about apps that provide cognitive behavioral therapy (CBT), I recommend googling your operating system (e.g. iOS) + cognitive behavioral therapy + apps. Any app that you like doing moderately is probably good for your mental health in the same way that moderate and safely performed powerlifting or functional movement is good for your physical health. I hope there will be many double-blind randomized controlled trials studying CBT apps for treating anxiety over the next decade. This would provide physicians and other clinicians with the evidence required to prescribe free and effective treatments for anxiety.