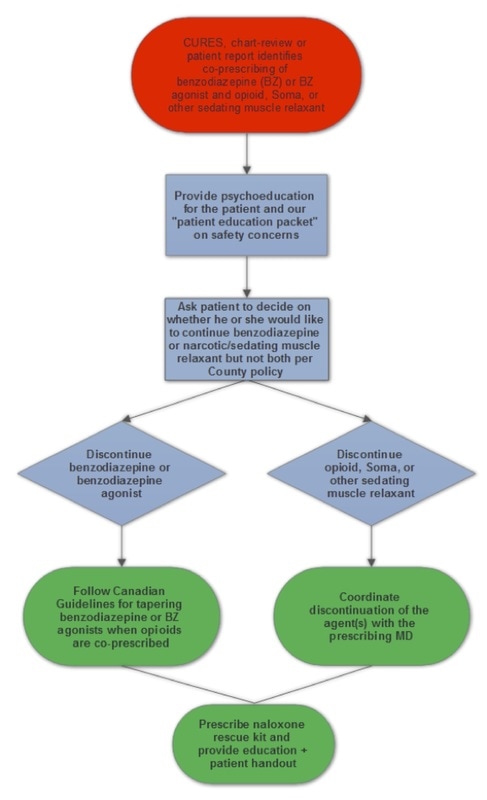 1.    Convert to longer-acting agent (see benzodiazepine conversion table below), or taper with the agent that the patient is taking.

•    For elderly patients, avoid or be cautious with diazepam and chlordiazepoxide; both produce the active metabolite, desmethyldiazepam, which has a half-life of 50 to 100 hours, and can accumulate to cause prolonged sedation. Remember also that the hepatic isoenzyme 3A4, which metabolizes diazepam, often becomes sluggish/hypo-functional in the elderly (APA Textbook of Psychopharmacology, 4th Edition, Chapter 12 written by Craig Nelson).

•    For patients with impaired hepatic metabolism, only use lorazepam, oxazepam, or temazepam.

•    Remember that equivalences are approximate; if converting, adjust the initial dose according to symptoms.

2.    Taper by no more than 5 mg diazepam equivalent per week.

•    Halt or reverse taper if severe anxiety or depression occurs.

•    Dispense daily, 2x weekly, or weekly depending on dose and patient reliability.

4.    *Do not apply this protocol to patients with active polysubstance abuse superimposed on concomitant use of benzodiazepines and opioids, as these patients may require an inpatient detox. 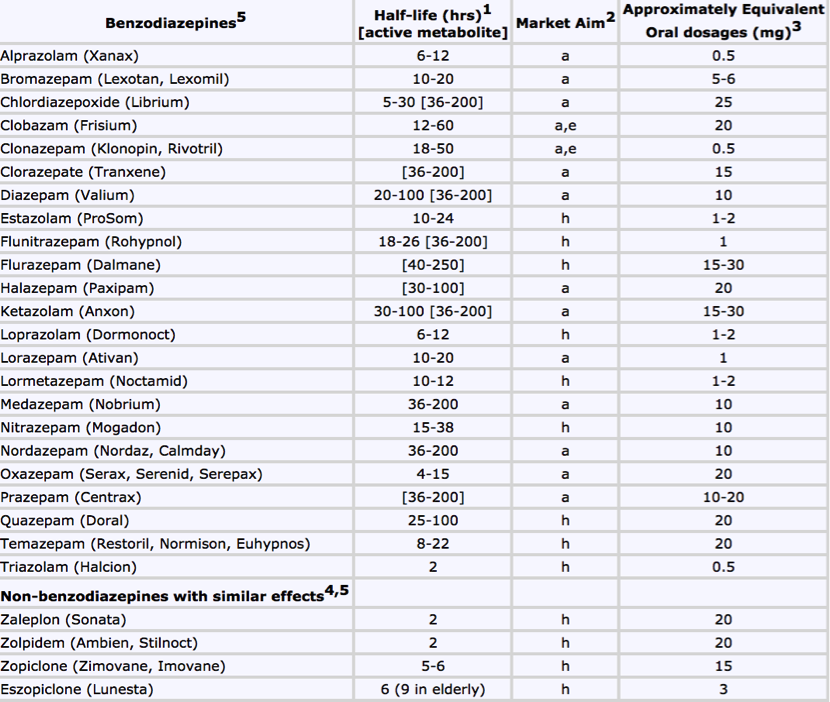